Menu
March 2016 is election season. Candidates for presidency are battling out to become the next leader of a country that has become poorer in the past six years. Filipino children who are innocent victims of corruption and poverty still go on playing dangerous games of life.
Mano, 12, was taught by his mother to have faith in God. Mano’s mother is a domestic helper in Jedah and has been missing for months. Mano’s one constant prayer is to see his mother walk into their small shanty again. Richelle, a graduate student, has been using Mano and his friends as subject of a documentary film  about poor children in conflict with the law yet fails to find meaning in her own documentary. Senator Conde, a presidential candidate, took interest in the case of Mano’s OFW mother to boost his campaign image.
Find out in this adventure-comedy-drama film, AGAWAN BASE, how Mano and his friends’ innocent world got entangled with the circus of politics and how God used a boy’s faith to overthrow worldly powers. AGAWAN BASE screening will be on August 6, 2011,  6:30PM at the Meralco Theater, Ortigas Ave., Pasig City. Tickets are available at P500 and proceeds will also be for the benefit of
True Love Waits Philippines.
For Ticket Info Call or Text: 633-9769 / 09178627335 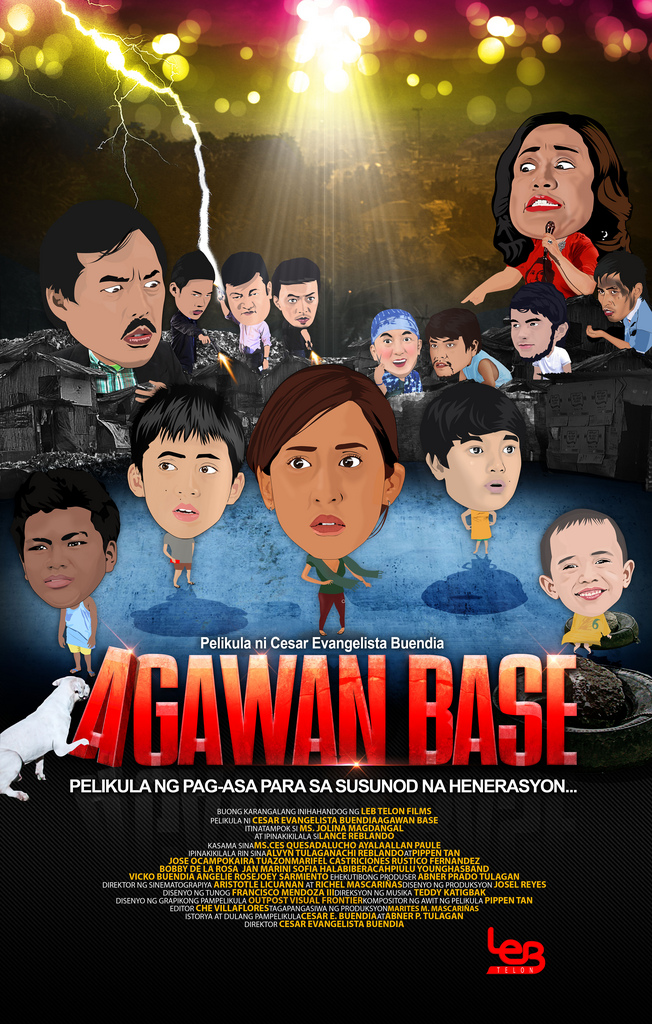 6 thoughts on ““Agawan Base” an Inspirational Film”